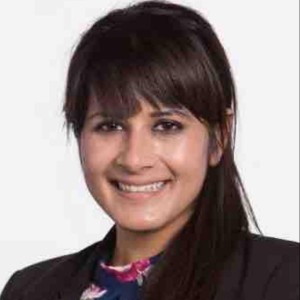 Rebuilding Labour And The Nation: May 2022

A Labour vision for levelling up: Place and power

Local elections 2022: The end of the beginning

Medway: Left behind by ‘levelling up’

The long-awaited Levelling-up White Paper which champions Boris Johnson’s flagship policy, perhaps cynically, designed to secure his vote in traditional Labour heartlands, has finally been published. The paper sets out a strategy to spread opportunity more equally across the UK; ensuring that the concentration of wealth is not only in London and the South-East. Predominately it focuses on ‘left behind’ northern cities and towns, which are in desperate need of investment.

At surface level, it is difficult to disagree with the principles of the levelling-up agenda, which arguably are in alignment with Labour’s ethos, but there is a fundamental oversight in the Tory’s approach. That is a failure to recognise that chronic under-investment, poverty and lack of opportunities have also plagued towns and communities in the South-East.

Take for instance Medway, the largest conurbation in the South-East, outside of London, which includes the towns of Chatham, Gillingham and Rochester. Formerly home to the naval dockyard, closed down by the Tories in the eighties, it still hosts the Royal Engineers army training base, a hospital offering emergency and maternity provision and a long-standing football club. The council is now the biggest employer and a sizeable number of the residents commute to London to work. But this shift from industrial employment has not benefited everyone and Medway still faces significant challenges when it comes to jobs, skills and growth.

As a local councillor, my ward Gillingham South, feels long forgotten even by the local authority (a Conservative administration). The town of Gillingham is one of the most deprived parts of Medway. Child poverty in the Gillingham and Rainham constituency is at 31% as of 2019, up 2% from 2015 and according to ONS data, unemployment levels are also higher in Gillingham compared to the national average. The town also has a high level of residents with either no qualifications or qualifications equal to one.

Such levels of deprivation lead to profound challenges, whether that be homelessness, health impacts or crime. As a local councillor I have seen first-hand the impact that under-investment can have on an area and am afraid of what this means for the place that I grew up in. Walk down Gillingham high-street on an average Saturday and you will see a vibrant community, market stalls and a good atmosphere; although this has been in steady decline. Look a little closer, and it will not take long to spot numerous empty shops, street homelessness and anti-social behaviour. Of course it is not all doom and gloom. There are fantastic local businesses that you can frequent and a changing economy is taking shape, as you see coffee shops, local charities and escape rooms pop-up. These are, however, few and far between though, and not given enough incentives or support to stay in the town.

A Labour government did bring investment to Medway. A sixth form college which serves the community and the Universities at Medway- satellite university sites that focus on healthcare training- are a welcome addition to the area. Furthermore, the support that the residents of Gillingham needed was made available. Whether that be access to Sure Start centres, the ability to get a GP appointment when required, Education Maintenance Allowance (EMA) or the introduction of the national minimum wage. Sadly in the distant memory of the last Labour government, much of this has been eroded and over a decade of Tory-austerity is taking its toll.

With £16 billion cut nationally from the local government coffers since 2010, councils like Medway (a unitary authority) are already crumbling under the strain. Unlike some of our cities, we do not have access to devolved government funding or Metro Mayors to champion our cause.  In fact the council’s sole priority is staying afloat while trying to fund vital services. Add a cost of living crisis into the mix and extreme fuel poverty, and we could be taken to the brink. Against this backdrop, the space to innovate and champion regeneration barely exists, and after 20 years of administration the local Tories are moribund; meanwhile, communities in towns like Gillingham are bearing the brunt.

There is however, the potential for change. With investment, innovation and a desire to transform lives, things could be different. This needs to begin with recognition that pockets of poverty exist throughout London and South East, and prosperity across this region is not shared equally. With, however, the Tories in government both nationally and locally, place like Medway will have a long wait for those opportunities.

For more on the problems with the levelling up agenda, and the Labour alternative see ‘Levelling Up? that’s a job for Labour‘ or ‘Please Prime Minister, Can We Have Some More?’

WE ARE PROGRESSIVE BRITAIN

Progressive Britain is the new platform for policymaking, political education and imaginative thinking to rebuild Labour and the nation.